Taking Charge of My Tangled Web of Symptoms

After having three babies in three years, I was exhausted. Physically, I’d been through a lot of changes, and emotionally, it was a lot of change for me.

I was tired and sore, but I had a six-month-old, one and a half year old, and a three-year-old. I was taking three kids and a stroller up and down the stairs, and walking up to 20,000 steps a day. But my tiredness felt different– my joints were swollen and stiff in the morning. My primary care doctor went the extra mile and ordered a blood test for rheumatoid arthritis. It showed RA but also added to my diagnosis since then were additional conditions such as lupus, fibromyalgia, and Raynaud’s phenomenon.

Over the next several years, my health challenges piled on. Medications didn’t help. I had debilitating migraines and a complete loss of hearing in one ear. I tried a number of different things, conventional and holistic, to try to make my symptoms go away.

When I went to traditional Western doctors, they said, ‘Well, your organs aren’t failing, so that’s not as bad as some people. But when I went to Eastern medicine practitioners, they said, ‘this is the worst-case we’ve seen.’ I didn’t know what to think.

I learned to take a nap every day to avoid migraines, but I had new, strange symptoms like reactions to sunlight and fluorescent lighting, where I’d get a rash on my skin or a severe painful reaction on my face. It turned out to be sensitivity from exposure to UV light, a common symptom of lupus.

Learning to track my triggers

I continued to grapple with these changes and started tracking my symptom triggers using a program called Mymee. I worked with a coach who helped me figure out what my symptom triggers were. It was a little bit upside down for me because I do the opposite of what other people might consider “healthy”, like using my Fitbit to count steps, so I can get less, not more steps. My autoimmunity means I can’t get too much exercise without consequences, and sometimes that means I need to take a cab to go just five blocks. And unlike other people who are “going vegetarian” or gluten-free, animal protein and gluten are the things I need to eat to help me avoid a flare.

Self-tracking my triggers also helped me realize I needed to eliminate fructose and dairy, as well as corn and potato starches. The process of narrowing everything down to avoid my triggers took some time, but tracking my triggers helped me understand what foods would better suit my needs. For example, I now use maple syrup instead of honey or artificial sweeteners, cashew milk for smoothies and watermelon seed butter gives me some protein without the peanuts that I now know don’t work for me.

After years of so much trial and error to find solutions that work for me, I now have a better sense of how I can avoid a flare when I sense one might be coming soon and I am much more careful with my selections. I’ve also gotten better at avoiding direct sunlight, which we figured out is currently my only environmental trigger.
Having support has been invaluable in my health journey. Beyond helping me discover my different triggers and finding ways to manage around that, having someone I can talk to who believes me and really listens has also made a difference.

After ten years, I’ve learned that it’s possible to improve your quality of life. You need to try everything because everyone is different. I’ve also gotten much more comfortable being kind to myself and taking care of my daily needs. I know I need to pace myself, because “pushing through” has consequences. And yes - naps are restorative!

My message for others living with any autoimmune disorders is that you must trust yourself and believe your body to begin the process of finding answers. Don’t give up. This is your life - you might be surprised to find it’s possible to live it on your terms. 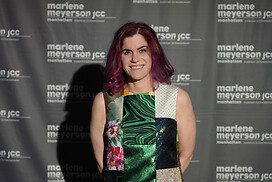 Do you feel like you have a full understanding of what triggers your flare-up's?

My Skin Is What Got Me Tested

3 comments
This article represents the opinions, thoughts, and experiences of the author; none of this content has been paid for by any advertiser. The Lupus.net team does not recommend or endorse any products or treatments discussed herein. Learn more about how we maintain editorial integrity here.

Please read our rules before commenting.

How often does someone offer you unsolicited advice on your health?