The Lupus Foundation of America estimates that 1.5 million Americans are living with a form of lupus, and approximately 16,000 are newly diagnosed with the disease each year. While doctors believe lupus results from a combination of genetic and environmental factors, the exact cause is not known.1

Lupus is most often diagnosed in women between the ages of 15 and 44; and most frequently in women of color, particularly African American women. However, men, children, and seniors also develop lupus. No 2 people with lupus experience the disease the same way, but there are common trends within each of these special populations.

Figure 1. A graphic illustration of a group of people living with lupus, spanning different ethnicities, ages, and genders. 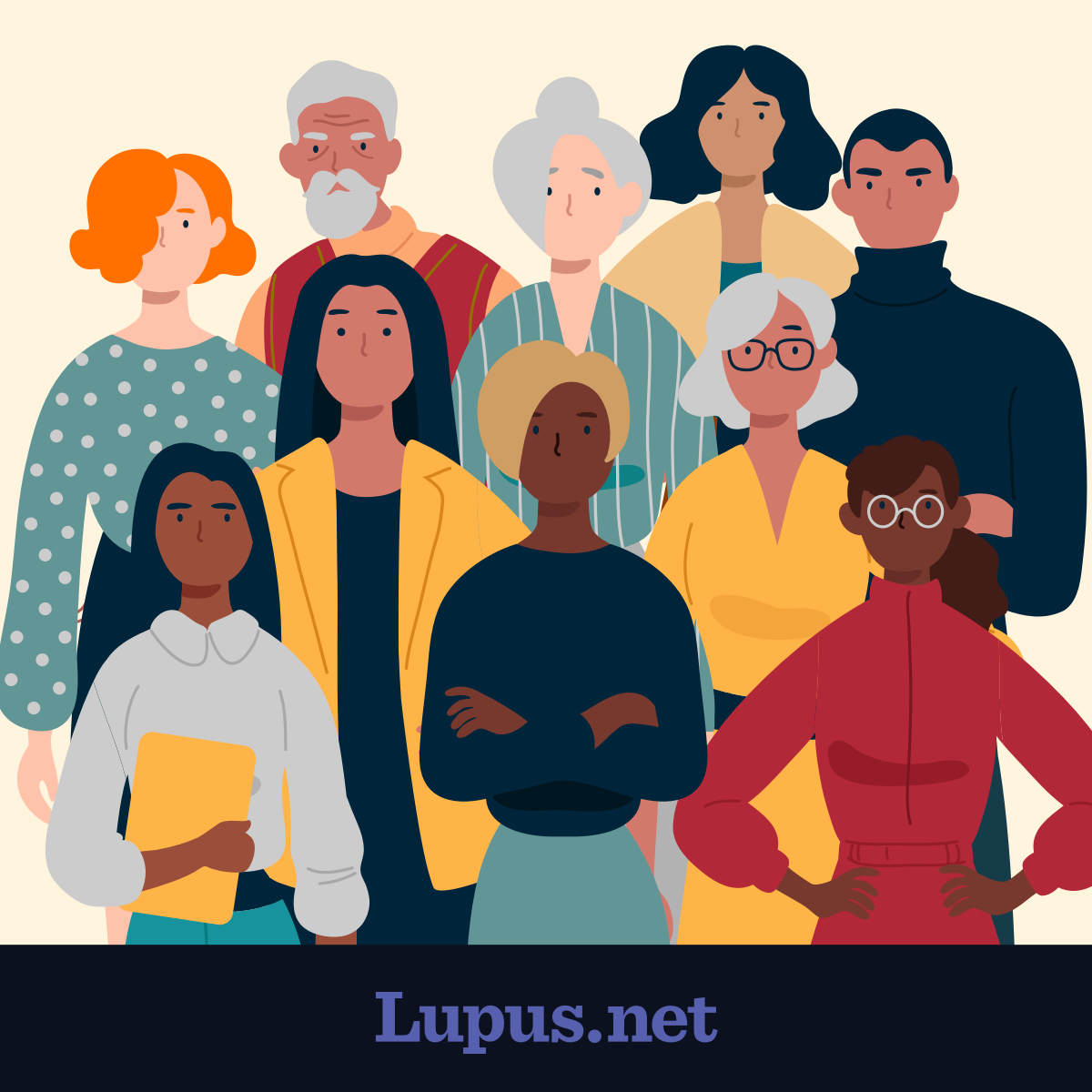 Among people with lupus, 90 percent are female, and 1 in 537 people with lupus are young African American women.1 Scientists do not yet understand why women are disproportionately affected compared to men. However, there are some facts that are known about women who have lupus:1,2

Between 4 percent and 22 percent of people living with lupus are male, according to the Lupus Foundation of America. Lupus is usually diagnosed later in men than in women, often between ages 50 and 70. Men with lupus tend to have more serious kidney, serositis (inflammation of the tissues lining major organs), and skin issues than women.2,3

Childhood lupus accounts for 10 percent to 20 percent of all lupus cases. It rarely occurs in children under age 14 and almost never in children younger than 5. However, when lupus starts in childhood it is often a more severe aggressive than in adults. Children experience more serious kidney and nervous system complications than adults and have lower survival rates.2,4

Lupus in the elderly

The Lupus Foundation of America reports that one-third of its members have another autoimmune disease besides lupus. Some of the most common diseases to overlap with lupus are:2,5